RT Health Fund began well over 100 years ago. It came from humble beginnings: a group of railroad employees contributed into a fund that would help with costs if someone got hurt or fell ill. That fund, now known as RT health fund, became the first registered health fund in the country.

On the whole, not much has changed since the inception of RT Health (short for Railway and Transport Health Fund). They’re still a member-owned, not-for-profit health fund that serves the needs of those in the transport and energy industries. RT Health is a restricted membership fund, and is part of the Members Own group of health funds.

To be eligible to become a member of RT Health, you must be a current or former employee of one of the following:

In the sections below, we take a closer look at what RT Health offers its members in terms of policies, rewards, and performance.

What are the key features of RT Health?

What types of cover does RT Health offer?

RT Health offers hospital and extras cover to their health insurance customers. Ahead, we’ll take a deeper look at their policies and what you can expect when shopping with RT Health.

Here’s a brief look at what you can expect when choosing each level of coverage.

Premium Extras offers similar coverage as Smart Extras but with higher annual limits on rt health fund dental, optical, and more. It is also the only policy that covers orthodontics. 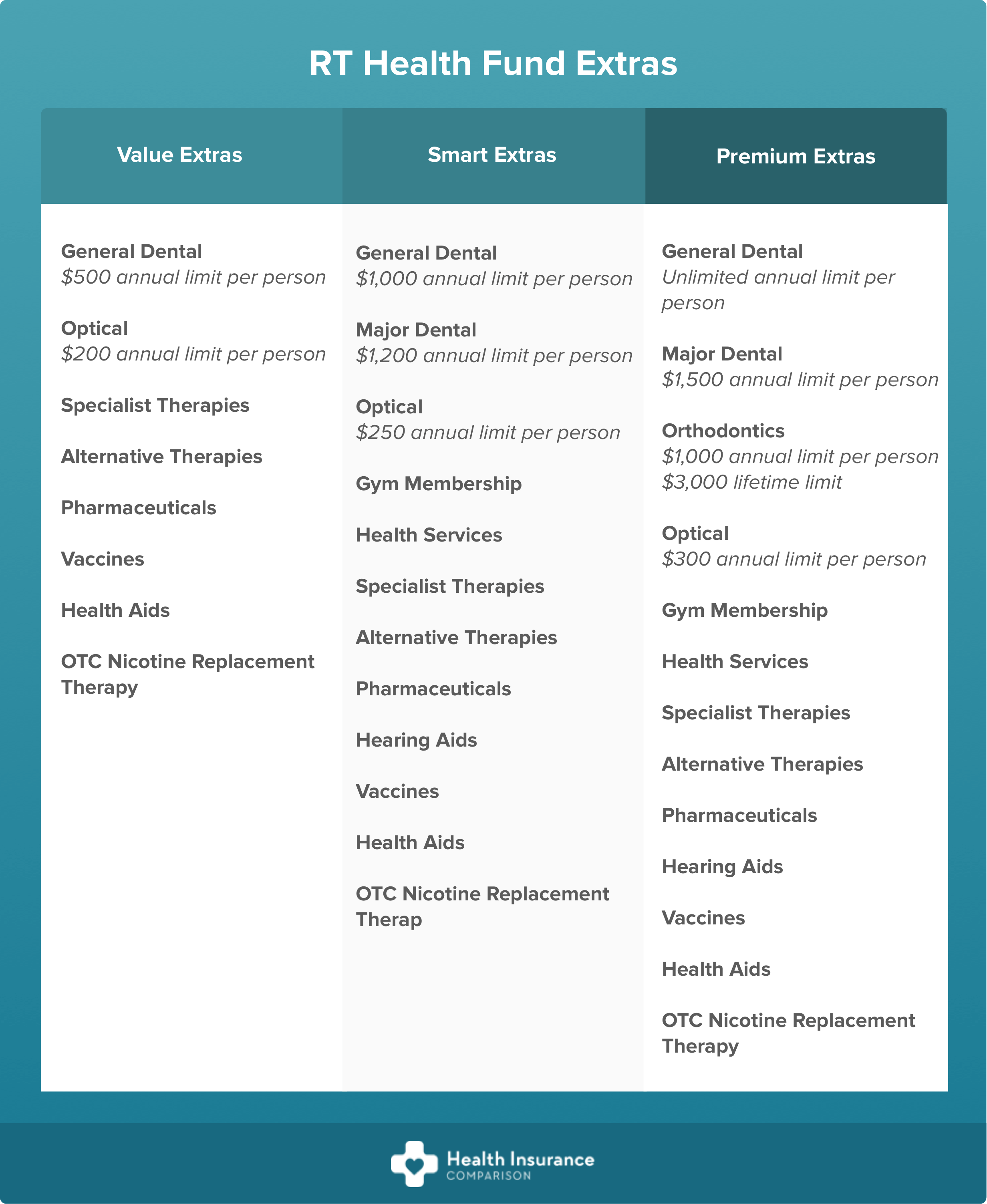 How has RT Health performed?

The Private Health Insurance Ombudsman (PHIO) logs complaints and performance from different health funds in Australia. Here’s some of the relevant information they gathered after completing their RT Health fund review. 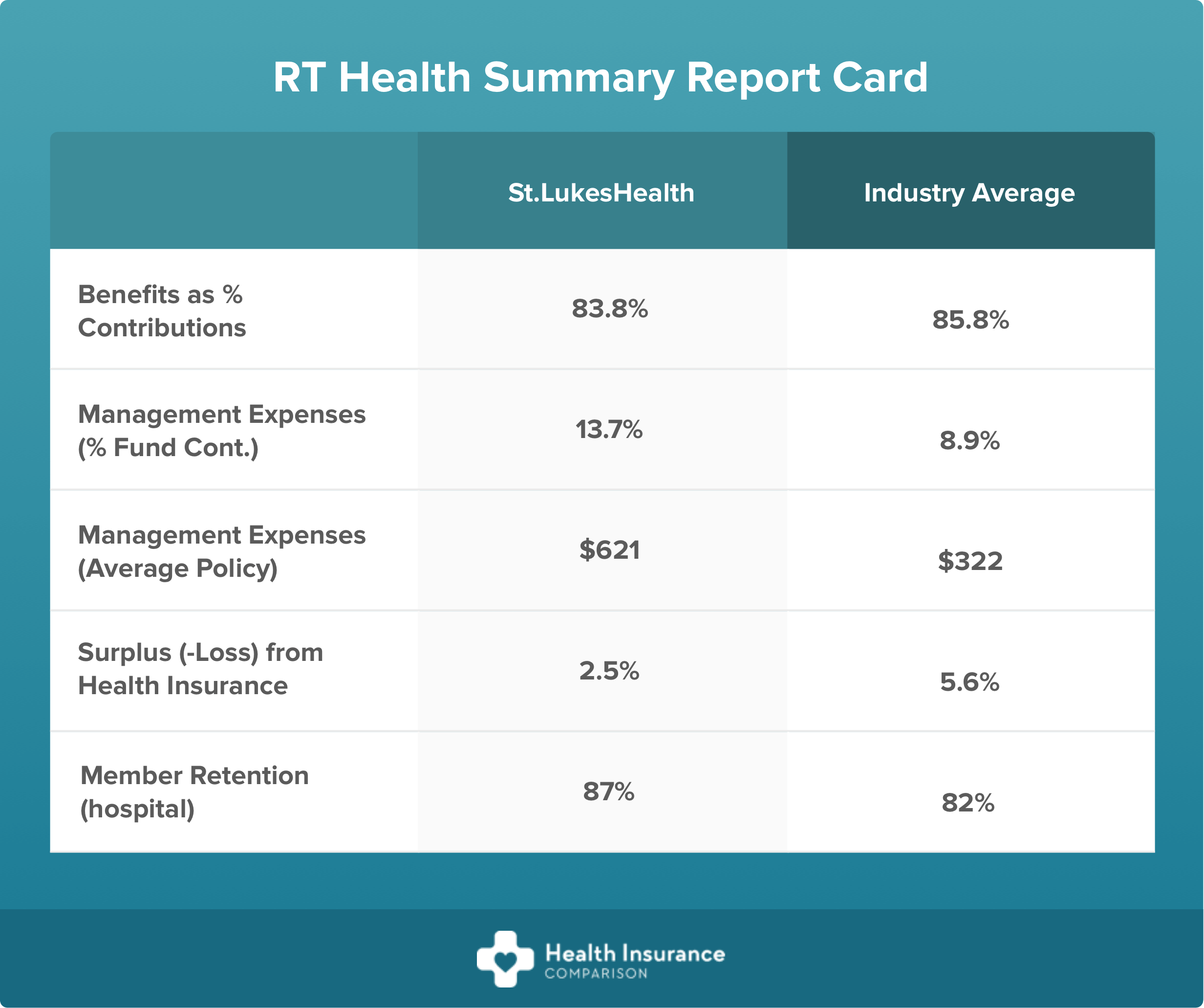 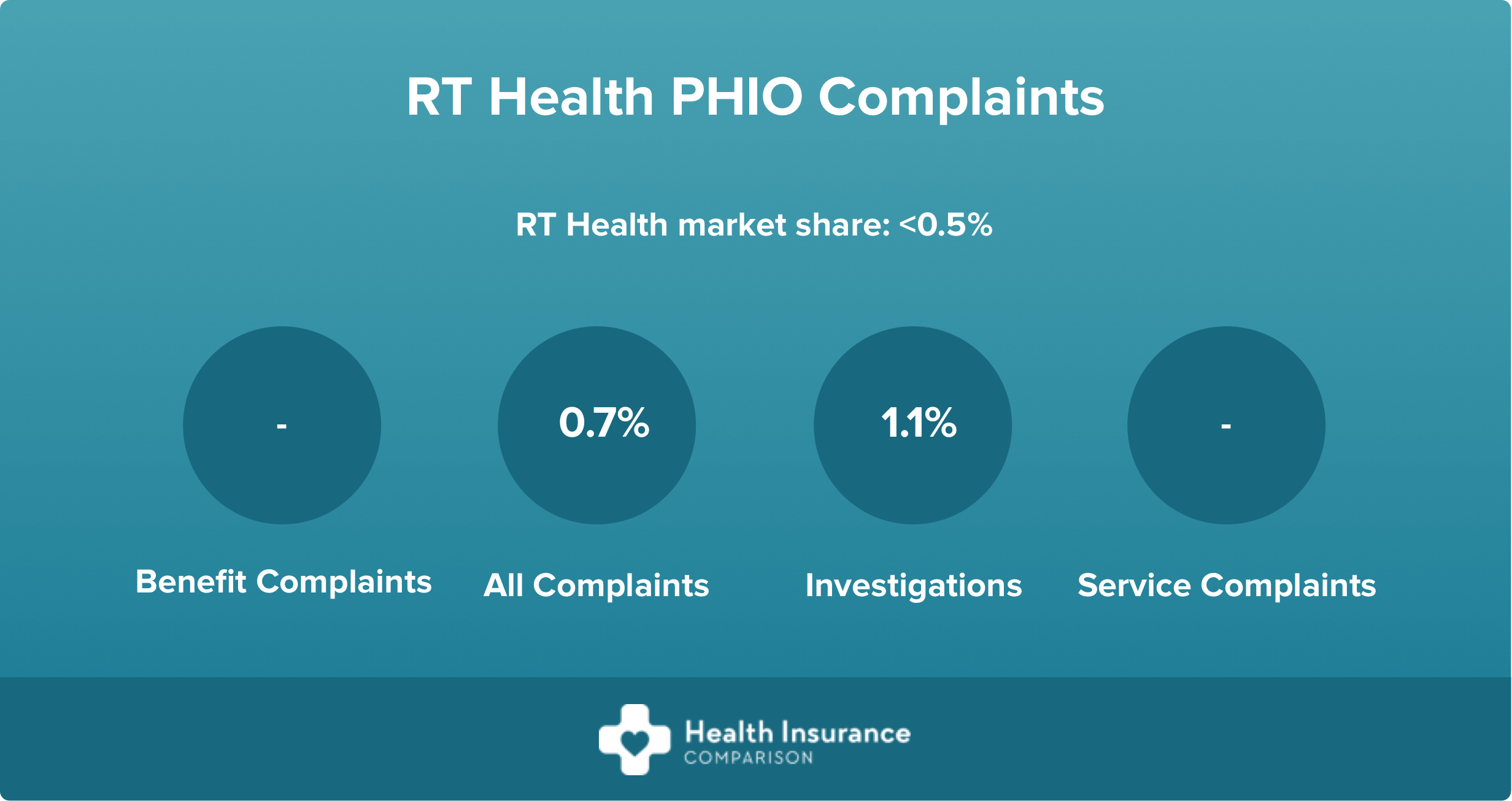 How do I make a claim with RT Health?

Making an RT health fund claim is relatively straightforward. They don’t offer multiple channels to make your claim through, however.

To get started, you need to compile your documents and member information and fill out a claim form. You can download the RT health fund claim form here.

Send your completed claim form and a copy of the receipt to RT Health in one of the following ways:

RT Health Fund is a not-for-profit fund, so there aren’t any flashy member rewards like some of the other health funds offer. Instead, RT Health provides its customers with straightforward, comprehensive policies and affordable premiums. 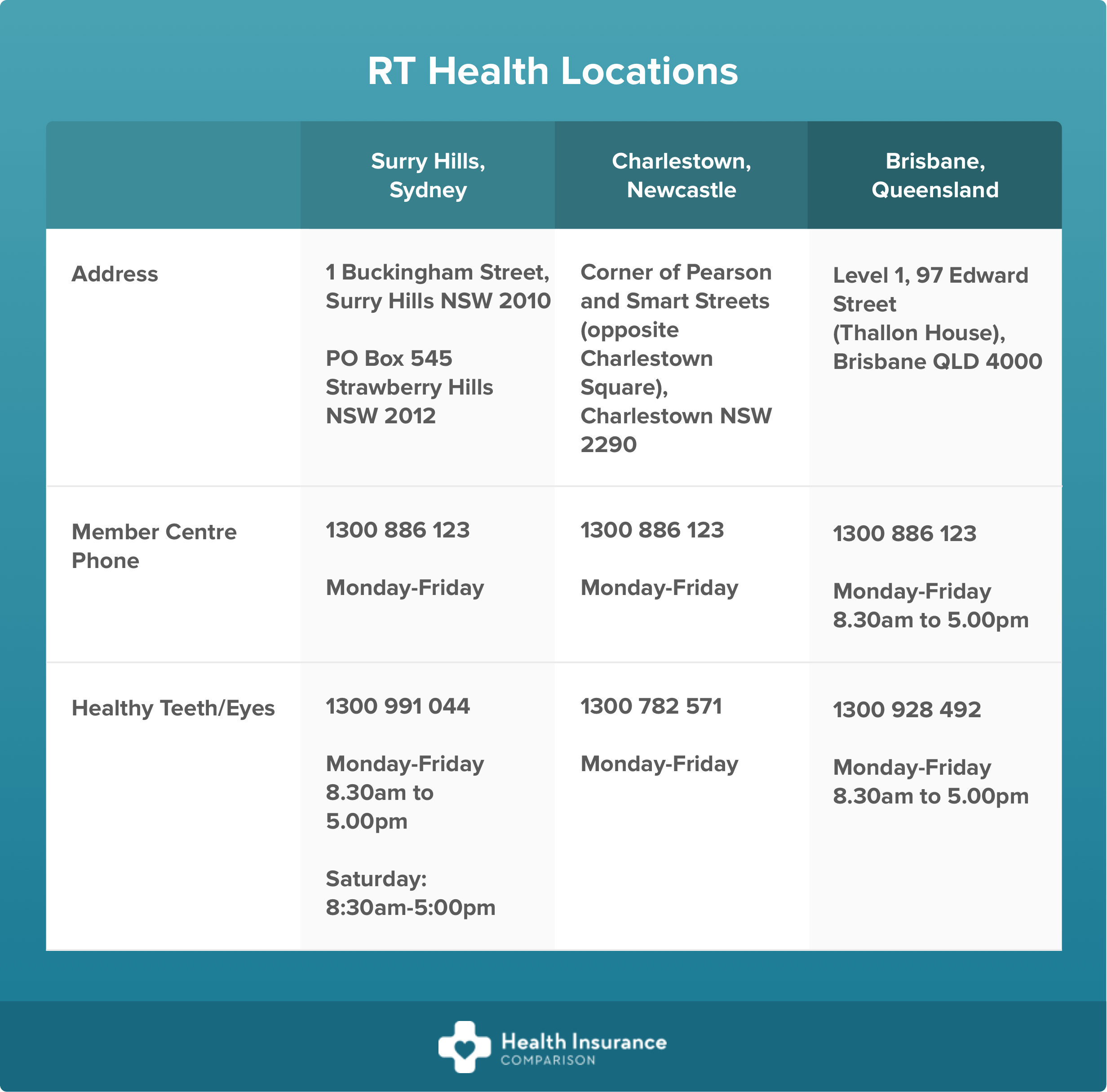 How to … stop a panic attack

How to reduce your chance of developing arthritis