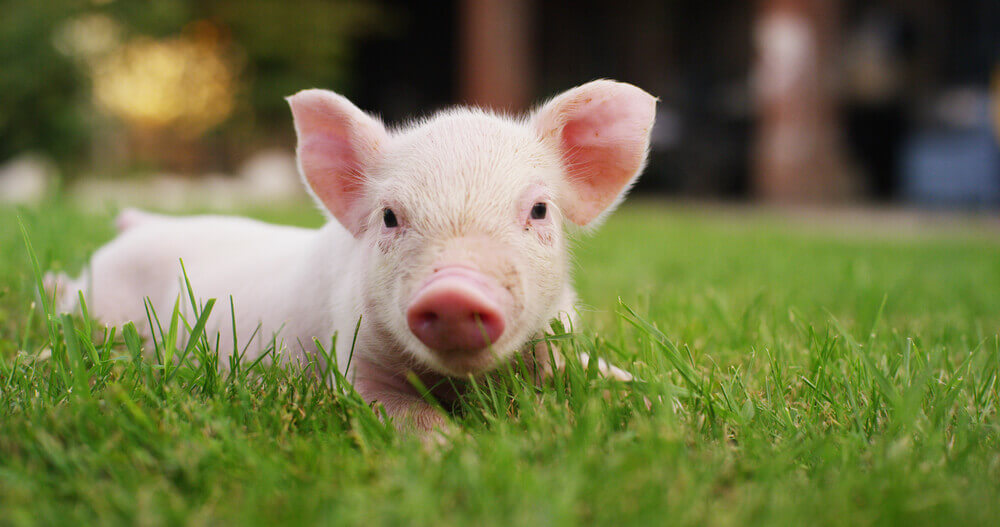 If we could say any word has defined the year 2018 so far, it would be ‘wellness.’

Popular wellness practices like yoga and meditation are en vogue. Detox diets are in demand. And the stats show that we’re finally beginning to avoid sugar like the plague.

In short, more and more Australians are striving to make healthier lifestyle decisions.

So it’s no surprise many of them are turning to veganism.

In Australian, between 2014 and 2016, the number of food products launched carrying a vegan claim rose by 92% – and that number only looks like it’s grown since.

November is World Vegan Month – a time to rejoice in how far the vegan community has come, and to help new or aspiring vegans transition into this lifestyle.

In celebration, we’ve researched ten of the top benefits of embracing a plant-based diet.

1) Your vegan diet may be richer in certain nutrients

By eliminating meat and dairy products, most vegans automatically consume more vegetables, whole grains, fruit, legumes, nuts and seeds. If consumed in their whole form, these foods can be highly nutritious additions to any diet.

Some studies have reported that vegan diets tend to be richer in potassium, magnesium, folate and vitamins A, C and E. However, it’s worth noting that poorly planned vegan diets may contribute to deficiencies in other important nutrients, like vitamin B12, iron, calcium, iodine and zinc.

So don’t assume that just because it’s plant-based, it’s enough for your body’s needs. Remember – hot fries are technically vegan!

Calculate where you’re getting your nutrients from, and be sure to consume a variety of different foods.

2) You may lose weight

Several studies have shown that vegan diets have a natural tendency to reduce your calorie intake. This can be highly beneficial for people who are overweight or obese, or at risk of diabetes.

Vegan diets are often higher in fibre, which might also be a factor in assisting healthy weight management. An adequate amount of fibre is great for the gut and digestive system, helping your body to work more efficiently.

Vegans have been found, on average, to be up to 20 pounds lighter than meat-eaters.

A recent review of 96 different studies found that the vegan diet might reduce a person’s risk of developing or dying from cancer.

This could be due, in part, to vegans generally consuming more legumes, fruits and vegetables – foods that can lower your risk of dying from cancer by up to 15%. These foods also have been linked to a lower risk of heart disease.

In addition, vegan diets contain no processed meats or meats that have been smoked or cooked at high temperatures. These foods have been thought to increase your risk of getting diagnosed with certain types of cancers.

4) Your diet can reduce the waste involved in factory farming

According to vegan enthusiasts, meat is just not environmentally friendly. Meat production can be wasteful and cause enormous amounts of pollution. The industry has also been known to contribute negatively to climate change.

Adopting a vegan diet is said by some to be more effective than switching to a “greener” car in the fight against climate change.

If you care about the environment, going vegan may just be the best kind of eco activism you could engage in.

5) You may just help feed the whole world

A lot of the plant food we harvest doesn’t go to us – it goes to animals.

It takes a lot of crops and water to feed these animals in order to fuel the meat and dairy industries. Shouldn’t we just feed the plant foods directly to the people?

It takes up to 13 pounds of grain to produce just one pound of animal flesh. That’s a lot of energy, time and money going into one morsel of food.

For these reasons and more, many people believe that if more people went vegan we’d have a better chance at fighting world hunger.

6) You may have higher energy levels

As vegans tend to consume more natural whole foods, like fruits and vegetables, it’s believed that vegans generally have more energy than their meat-eating neighbours.

While steak and cheese may be delicious, the cholesterol and saturated animal fat can tax the arteries around our heart over time, and impede blood flow to other vital organs.

On top of this, certain vegan meals tend to be lighter and easier on the digestive system – meaning after dinner, you’ll actually have the energy to go for that evening walk instead of slumping on the couch in a food coma.

In the beginning, it can be difficult to transition to a vegan diet. Without chicken, cream, butter, eggs or other animal-based ingredients you often cook with, it may seem like there’s not a lot of room for creativity in the kitchen.

But this couldn’t be further from the truth! Almost every single recipe in the world has a delicious vegan substitute. And going vegan can introduce you to a world of exotic fruits, vegetables and flavour combinations you would never have thought of before.

In fact, you might find that going vegan actually broadens your culinary horizons.

8) You’re contributing to a cruelty-free society

Most people who go vegan for ethical reasons believe that this is the top reason why human beings should not eat an animal-based diet.

Billions upon billions of animals are slaughtered every year, many of which suffer horrendous lives in cages and then painful deaths at the end of it all.

By moving towards a vegan diet, you’re contributing to a cruelty-free society where we stop abusing animals for our own gain – and begin to embrace a happier, more peaceful co-existence with our fellow species.

If you love your pet dog Fido, remember that other animals are just like him. Vegans believe that animals are intelligent, sentient beings with the right to life, and that they deserve more than our use and abuse.

Australia might be the third-fastest growing vegan market in the world, but that doesn’t mean you need to jump aboard the plant-based train.

Not every diet is suitable for everyone, and before making a radical lifestyle change it’s always best to seek advice from your GP.

But if you want to give this greener diet a go for its health and lifestyle benefits, World Vegan Month could be the best time to get started!

For the rest of the month, passionate people from around the world will be planning events, sharing an abundance of online resources and educating others on the benefits of a vegan lifestyle.