Doctors’ Health Fund is a restricted health fund that focuses on serving the health insurance needs of Australian medical professionals and their families.

The health fund was created in 1977, following the implementation of the government’s Medibank. Before this time, doctors traditionally wouldn’t charge anything to treat their colleagues and families of their colleagues.

Medibank offered a rebate to doctors who treated other doctors and their families, which led to doctors charging the rebate rate. Private health funds could then reimburse 80% of the fees, which paved the way for Doctors’ Health Fund to be created and expand.

Doctors’ Health Fund is a restricted health fund, so there aren’t too many member benefits to speak of.

You can select hospital cover, extras cover, or both from Doctors’ Health Fund. The lowest level of extras cover is only available as a combination policy with Smart Starter Bronze Plus.

There are three different policies for hospital cover from Doctors’ Health Fund. You have one low-level coverage option and two high-level options. Your choice of policies is as follows:

There are also three extras policies from Doctors’ Health Fund. These are:

The Private Health Insurance Ombudsman compiles the statistics on customer complaints and fund performance. Here’s how Doctors’ health stacks up against the rest of the private health insurance market. 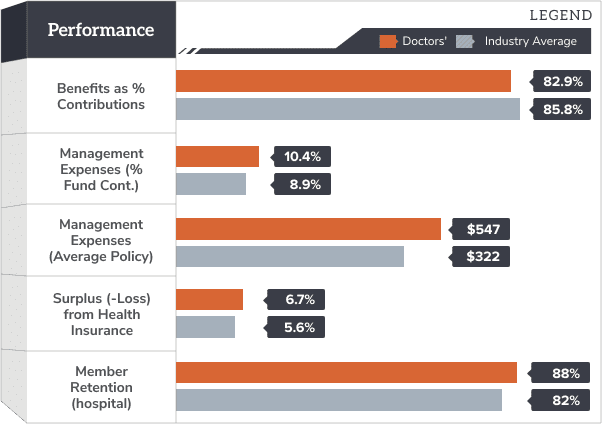 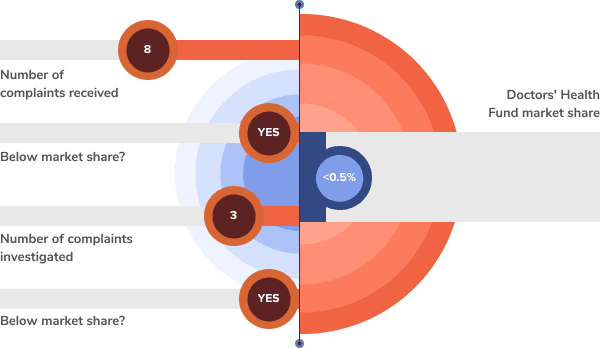 How to make a claim with Doctors’ Health Fund

To make a claim with Doctors’ Health Fund, all you have to do is visit their website, navigate to the ‘Make a Claim’ tab, put in your membership details, and follow the instructions from there.

You can also claim your extras benefits on the Doctors’ Health Android and iOS mobile apps.

To get started, you can download a Claims Form here: 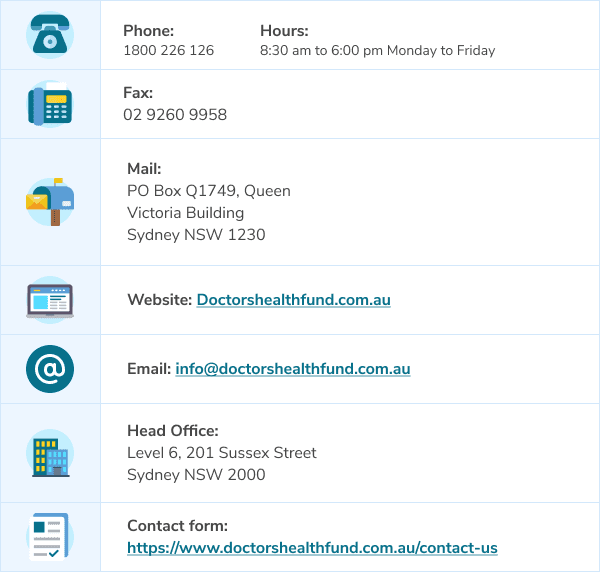 Do you compare Doctors’ Health Fund?

At this time, Health Insurance Comparison does not compare Doctors’ Health Fund with other insurers. You can take a look at the funds we do compare here. You’ll notice a green checkmark next to all of the comparable funds.

How to … stop a panic attack

How to reduce your chance of developing arthritis