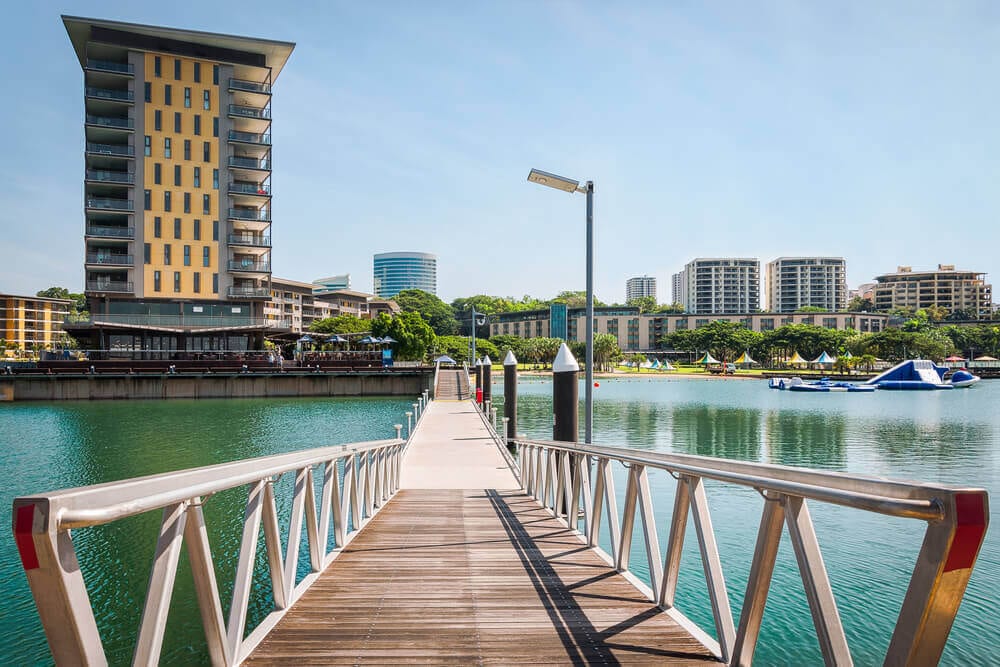 If you live in Australia’s Northern Territory, much of your home state is considered remote or very remote. While public healthcare services are provided by the government through Medicare, they may not be readily accessible from your location. If you live outside the cities of Darwin and Palmerston, you’ll have to travel significant distances to receive specialist services. Private health cover can help with hospital and travel costs if someday you need medical attention.

Who has health cover in the NT?

If we break down that number by age,

Looking at it by gender, there’s almost an equal distribution of residents with health insurance between male and female. 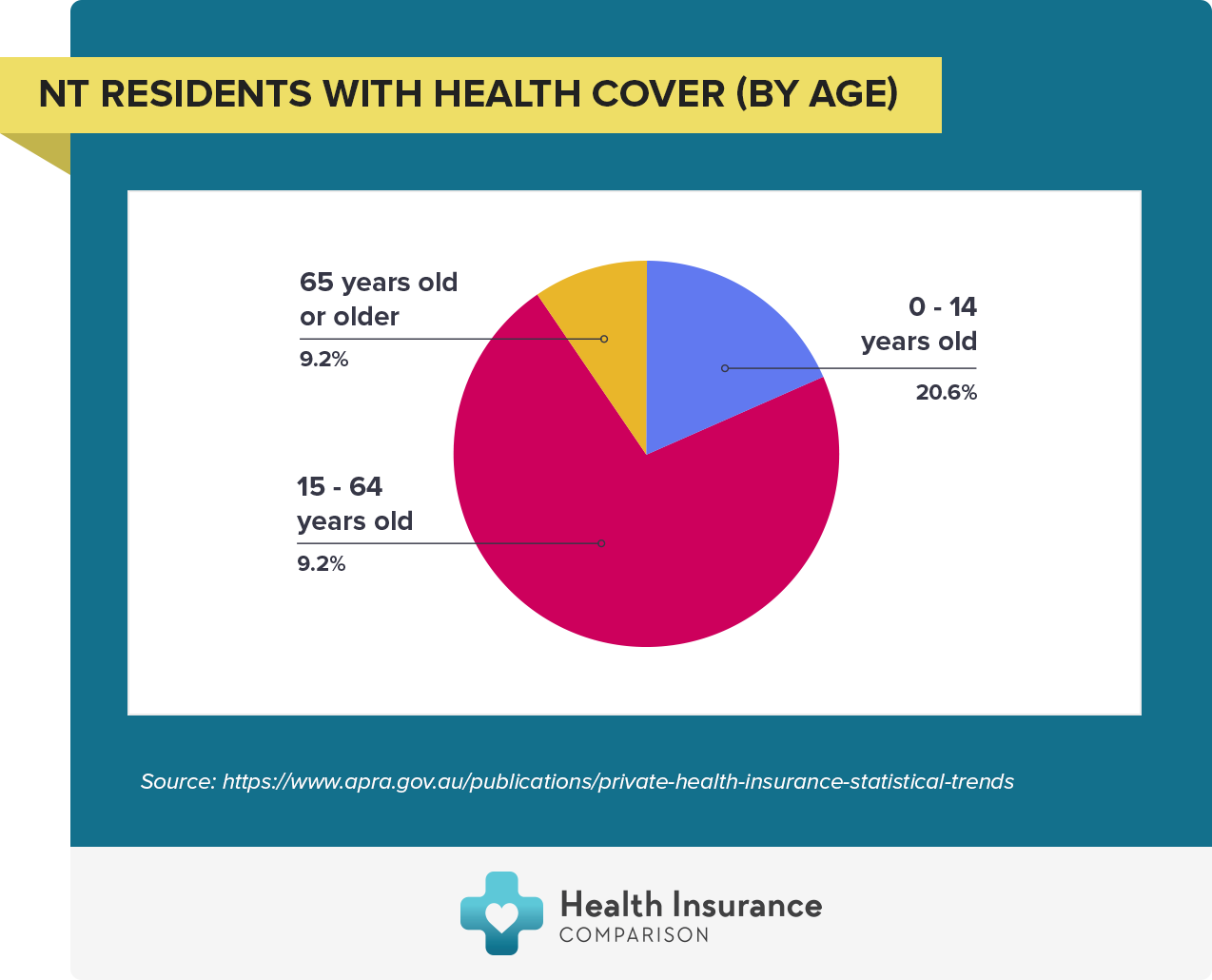 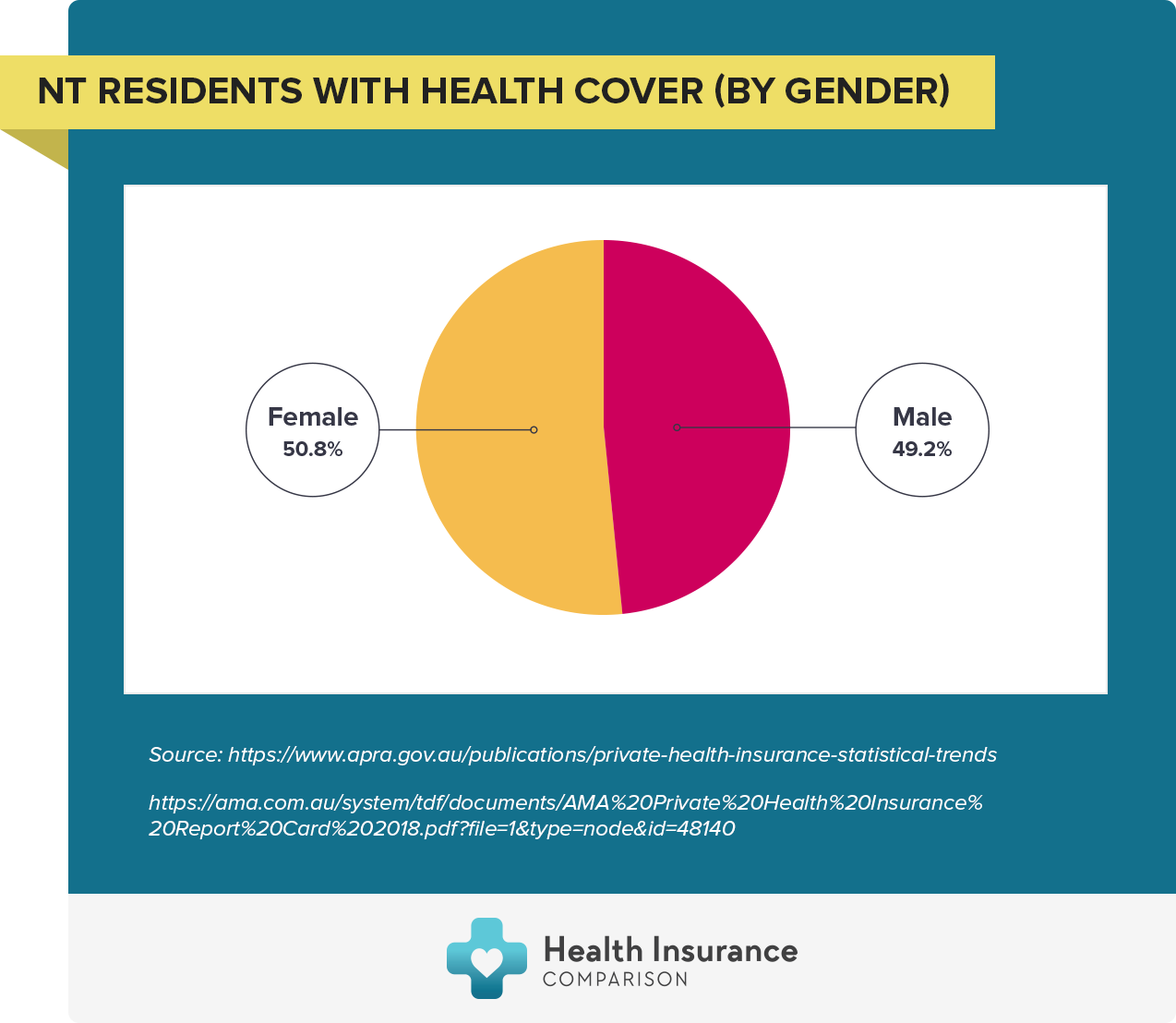 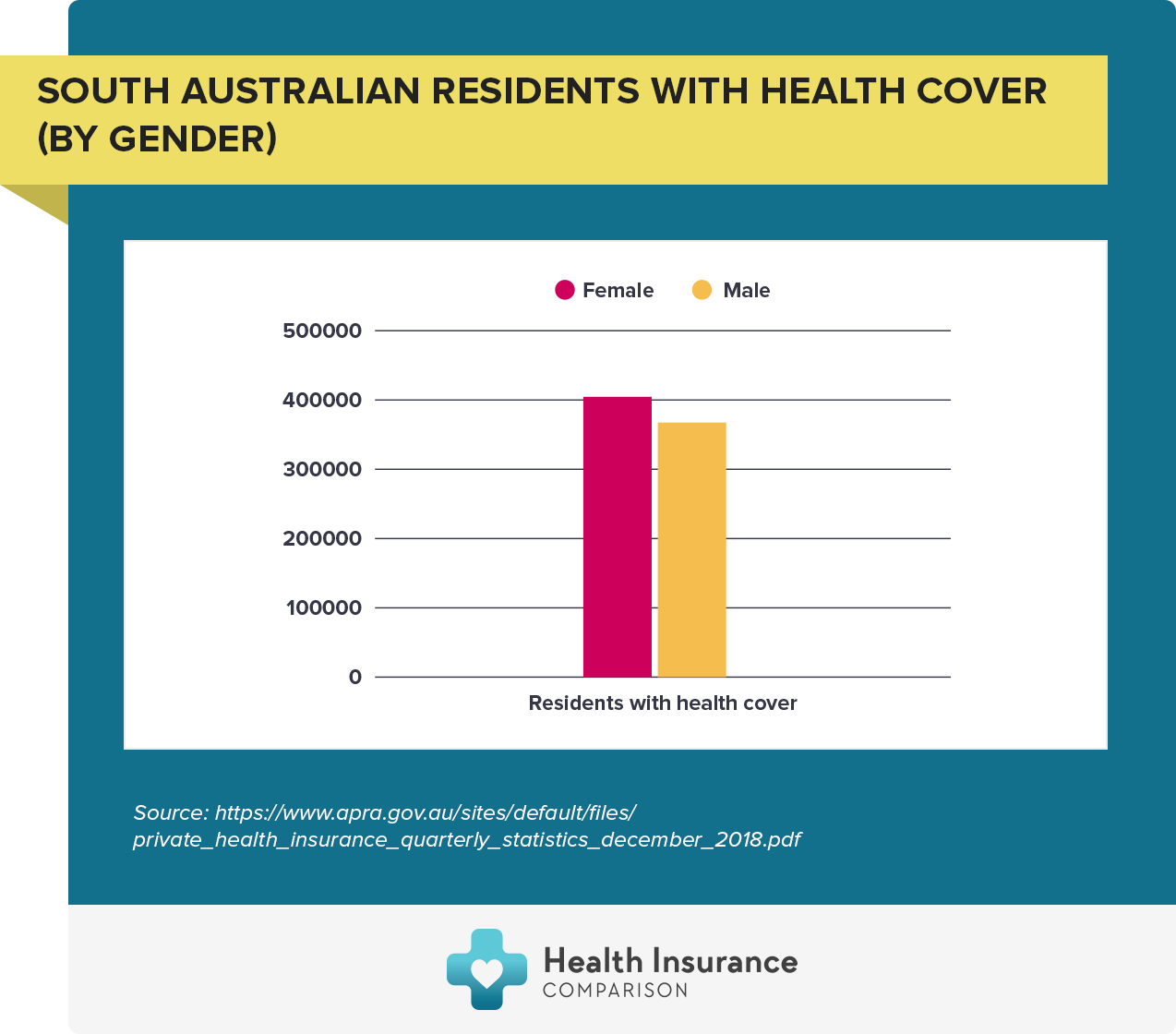 What types of cover can I get in the NT?

You can get three types of health cover in the NT:

Hospital Cover: insurance that covers expenses in whole or in part for hospital treatments and services.

Healthcare services in the Northern Territory are rendered by both public and private hospitals, clinics, and health care facilities. These provide inpatient, outpatient, and emergency services.

Medicare provides cover for healthcare services at Royal Darwin Hospital, the main hospital in the Northern Territory. This is also the home of the National Critical Care and Trauma Response Centre and Alan Walker Cancer Care Centre. Royal Darwin Hospital is a specialist institution and a teaching hospital affiliated with Flinders University in Adelaide.

If you have private hospital cover, you have more freedom when it comes to your hospital of choice. Depending on your policy, you can get covered for services at Darwin Private Hospital or another institution of your choosing. You may also be able to select your attending physician, be placed in a private room when available, and skip the public hospital waiting list by attending a private hospital for certain medical procedures or surgeries.

The Australian government also awards incentives such as rebates and exemption from the Medicare Levy Surcharge to most individuals who take out an eligible level of hospital cover.

Ancillary services such as dental services, optometry, physiotherapy, chiropractic services, podiatry, and others are typically not covered by public healthcare.

For instance, public dental services are only free in the NT if:

Otherwise, you will have to pay for dental care.

While one-time visits to ancillary specialists may be manageable, repeated visits may be less so (e.g. regular visits to a physiotherapist). This is where extras cover comes in handy. With extras cover, you can defray expenses by claiming your benefits to cover an ancillary service for a number of times in a set time period.

Ambulance transport services are only covered by public healthcare in the NT if you hold a NT Centrelink Pensioner Concession Card or a NT Centrelink Health Care Card. Otherwise, you should take out cover with St John Ambulance or health insurance with ambulance cover.

Ambulance services start with a callout fee for the first 10 kilometres, and the trip is charged per kilometre beyond that. All in all, you can expect to pay between $700-$1000 per trip. Below is a table detailing the cost of ambulance services by St John Ambulance. 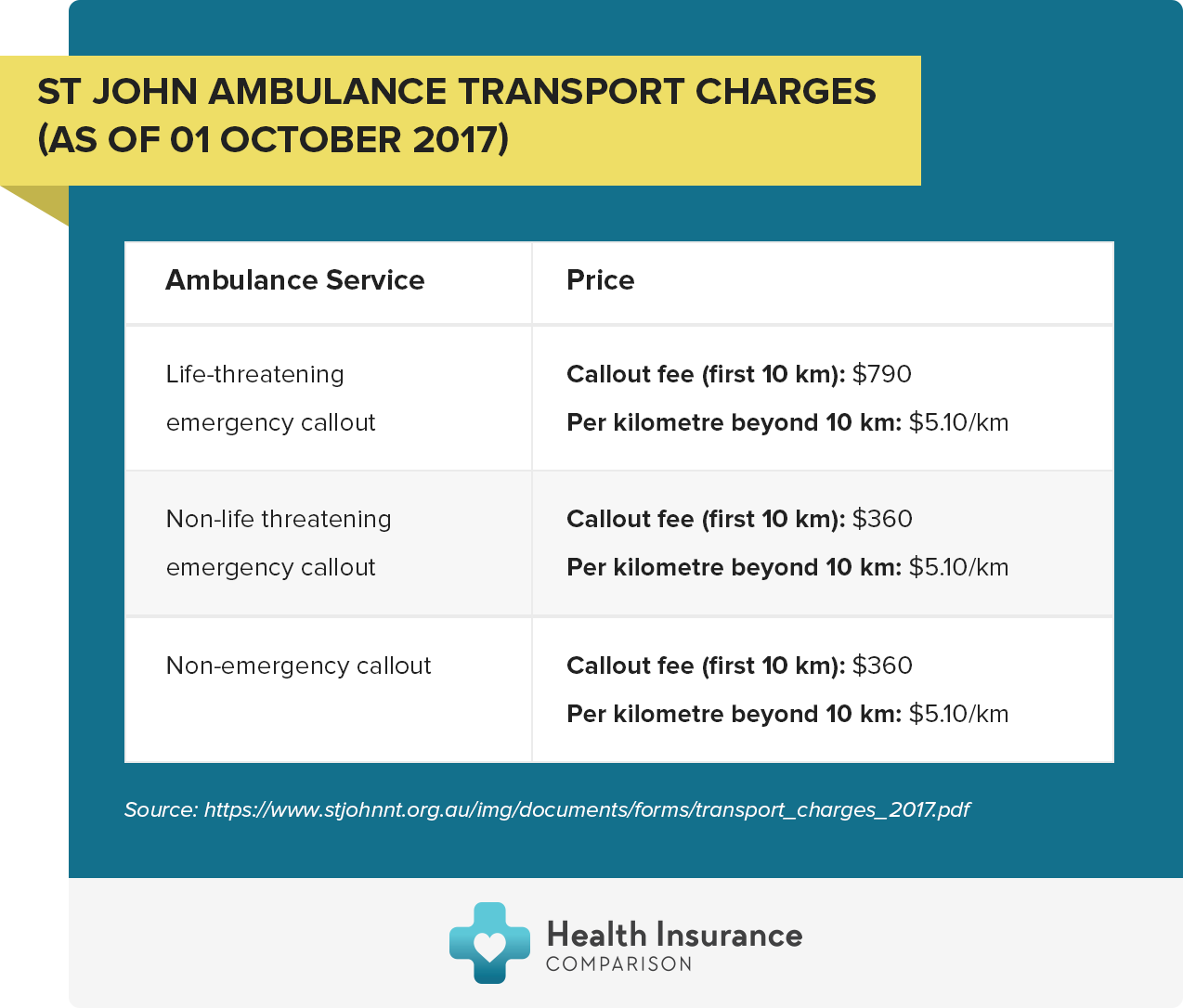 What are the top performing funds in the NT?

So how do you go about choosing your private health care provider? For a start, you could begin by seeing which health funds are used by your fellow Territorians.

Based on size of market share in the NT

In the NT, the open membership funds with the largest market share are Medibank, BUPA, HCF, NIB, and HBF. Medibank comes in first with 40.7% of market shares in the NT. This is followed by BUPA, with 38.6%. HCF comes in at a far third with 5.0%; NIB with 2.6%; and HBF with 2.0%. This is according to the 2017 State of the Health Funds Report by the Private Health Insurance Ombudsman (PIHO).

Based on number of complaints in Australia

The PHIO State of the Health Funds Report also examines health funds according to service performance. One parameter to measure performance is via the percentage of complaints the PHIO receives in relation to how large it’s market share is in the country. If a fund has a higher complaints percentage than it’s market share, it indicates that members of that fund are more likely to complain about the fund.

Thus, it does not immediately follow that the fund with the largest share is also the best in service performance. Although the following information is not specific to performance in the NT, it can give you an idea of how a fund is doing overall.

Stay on top of your health

When it comes to your health, you may not be able to rely solely on government resources. With private health insurance, you can put up additional safeguards for yourself as well. Hospital cover, extras cover, and ambulance cover policies can give you access to more avenues of quality treatment.

If you’re a resident of Australia’s Northern Territory and you’re ready to choose health cover, view our comparison tool here.