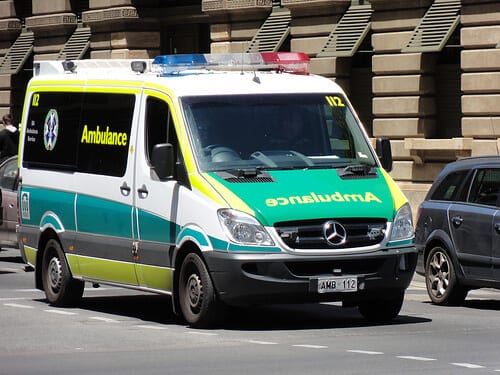 When you’re so ill you cannot get to the hospital by yourself, you are forced to rely upon an ambulance. Absolutely the last thing in the world you want to be thinking about when you’re frightened and in pain is the cost of the trip. Yet for many ambulance users a staggeringly high bill is just what awaits. Ambulance cover is not included in all health insurance policies, or may only cover ambulance services in the state you reside in.

Why Are Ambulances So Expensive?

The price of ambulance services has gone up considerably in the last five to ten years. Transportation costs are a factor: The farther you live from a hospital, the more you are going to have to pay because the petrol costs and wear and tear on the ambulance itself are factored into your bill. The size of your bill will also depend on how large the ambulance coverage area is, and what contractual arrangements the company has with towns, municipalities and states for reimbursement through tax revenues.

When You Are Exempt From an Ambulance Bill

Every ambulance service in Australia has a different method of billing for its services. There are some contexts in which you will automatically be exempt from paying your ambulance bill. Generally speaking, however, you are likely to be held responsible for some portion of your ambulance bill if you are not receiving state-mandated welfare.

In most cases, ambulance cover will only cover you for ambulance transport to the nearest hospital capable of providing you with the treatment your illness or injury requires. If you become ill while you are travelling, ambulance cover may not be available to transport you for treatment to the state in which you reside.

Disclaimer: The above information is correct and current at the time of publication.