Fancy a cuppa? Why your daily coffee boost is actually great for you 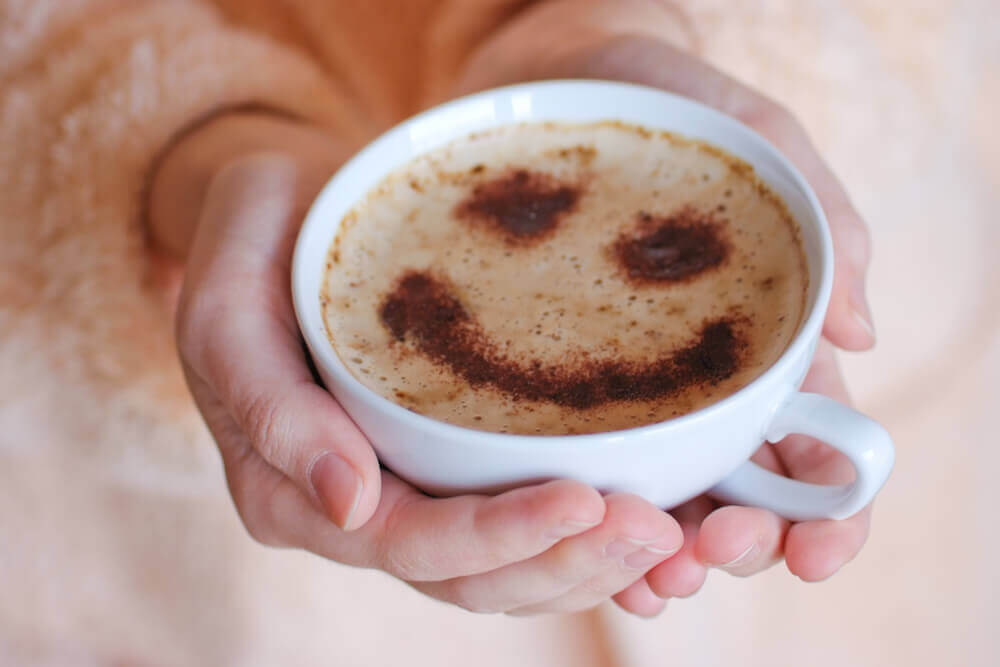 The good and bad effects of coffee on the body are hotly debated—one minute it’s a cure-all for everything from cancer to Alzheimer’s, the next it’s accused of causing heart disease, GERD, and mental health issues.

There’s some truth to both sides of the argument, and therefore, the key is to consume in moderation. We’re sure it’s not the first time you’ve been given this advice; but it’s especially true for Aussie’s favourite brew: Coffee. In moderation, a daily coffee boost or two can be great for you. Here’s why.

Perhaps we know caffeine best for its ability to give us that needed jolt to start the morning. That’s due to caffeine’s ability to block adenosine, an inhibitory neurotransmitter in the brain, and to stimulate other neurotransmitters that signal the body to get up, up, up!

What’s less commonly known about caffeine is that this effect also boosts metabolism by 3-10%. To fuel that rush of energy, the nervous system also sends signals to your body to break down fat stores. Caffeine also increases adrenaline, the fight-or-flight hormone, which prepares the body for physical exertion. If you have a cup of coffee before exercising, you can make your workout more intense, burn more calories, and support weight loss.

The same mechanism that makes coffee an energy stimulant also allows its effects on mood. Specifically, caffeine blocking adenosine also facilitates the transmission of hormones that govern mood, namely serotonin and dopamine. Also, coffee contains antioxidants such as caffeic acid, chlorogenic acid, and ferulic acid, which decrease inflammation of neurons – a phenomenon that occurs to the brain cells of people with depression.

According to studies, drinking up to 4 cups coffee a day decreases the risk of depression by 20%, and can also lower risk for suicide.

Aside from caffeine, coffee is rich in polyphenols – antioxidant compounds that reduce inflammatory diseases, including stroke and coronary heart disease. These compounds protect the endothelial cells lining the lumen of your arteries. This allows blood to flow more freely, prevents clots and blockages, and eases the effort placed on the heart to pump blood. Studies show that drinking up to three cups of coffee a day reduces risk for heart disease.

However, this stipulates that you drink coffee in moderation, as too much caffeine can actually cause palpitations, anxiety, high blood pressure, and heart arrhythmias.

If you’ve noticed, drinking coffee when you’re drunk or hungover helps flush alcohol out of your system and sobers you up fast.

That’s not the full extent of what coffee can do versus alcohol! Coffee can also protect you from cirrhosis. It’s true that the liver can regenerate itself after being damaged, but if you have cirrhosis from flooding your liver with too much alcohol, your damaged liver tissue is replaced by scar tissue. Many studies have shown that an increased consumption of coffee is correlated with a decreased risk in developing alcohol-related cirrhosis. Not only that, but drinking up to three cups of coffee daily results in a 29% reduction to your risk of developing liver cancer.

All benefits aside, it’s probably best to just drink alcohol in moderation!

Drinking up to three cups of coffee a day reduces the risk for diabetes by 42%. Coffee contains magnesium, chromium, and polyphenols. Working in concert, these nutrients decrease inflammatory illnesses like diabetes, and are also helpful in increasing insulin sensitivity. For every cup of coffee you regularly drink per day, risk for diabetes goes down by 9%

Of course, it bears saying that these benefits can be found in organic, unsweetened coffee, and not the kind made with refined sugar! To gain this benefit, take your coffee black, or use natural sweeteners like honey.

As previously mentioned, caffeine is a nervous system stimulant. It fires up the neurons in your brain, and is responsible for the boost in cognition when you drink coffee – you’re more alert, and able to think faster and absorb more information.

Because of this, coffee can also help protect you from forms of dementia like Alzheimer’s disease. As caffeine blocks the inhibitory neurotransmitter adenosine, it also blocks adenosine receptors that contribute to the slowing of mental processes. Drinking coffee decreases Alzheimer’s risk for up to 65%.

All good things in moderation!

Of course, this is not an excuse to indiscriminately chug ten cups of coffee a day!

Too much caffeine will make you swing to the negative side of the spectrum. It could give you insomnia, gastritis, anxiety, UTI, high blood pressure, palpitations, and heart arrhythmias, as well as caffeine dependence and addiction.

Judging by the studies, the magic number seems to be up to three (or four!) cups of coffee a day. As with everything, moderation is key in order for you to reap the benefits of your daily coffee boost without falling prey to its adverse and addictive effects.