Meat Substitutes – The Pros and Cons 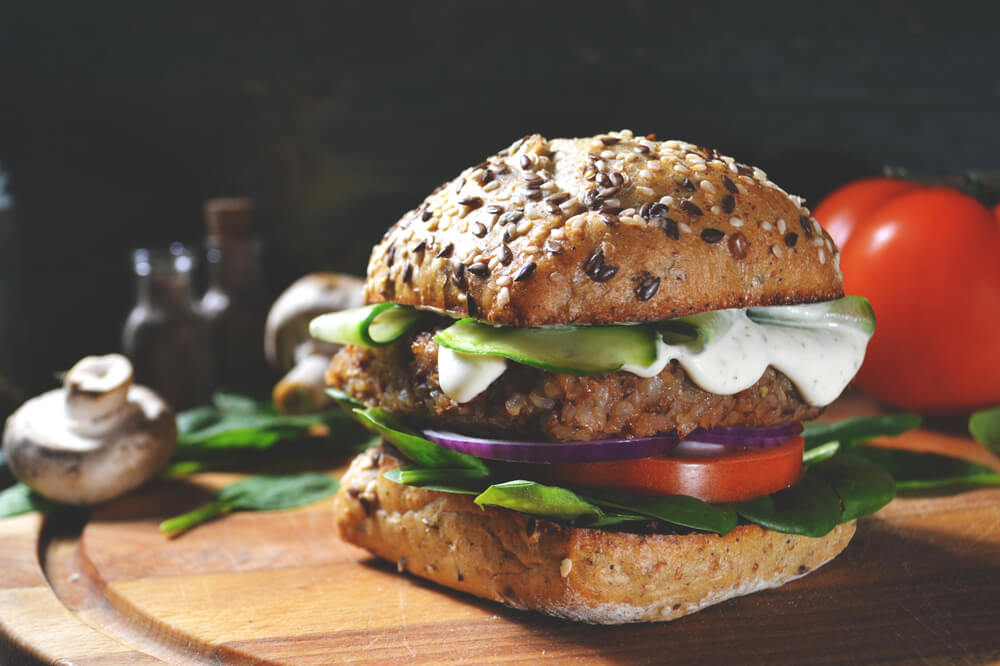 Recent health trends would have us believe that giving up meat and going vegan is an easy ticket to a perfect bill of health. Yet you’ve still got to do your research around the ingredients in your vegan meals!

Giving up steaks and burgers can be a step in the right direction for your health, but replacing fatty meats with meat substitutes comes with its own set of health concerns. Here are the pros and cons of eating meat-free meals.

Industrial farms occupy 83% of the world’s farmland. Industrial farming is responsible for 60% of the agricultural sector’s greenhouse gas emissions, and causes air and water pollution, deforestation, and land degradation. With regard to health concerns, it contributes to widespread respiratory infections, acidification of waters, poisoning sea wildlife and causing acid rain.

This impact of industrial farming on the environment is one of the cornerstones of promoting vegan diets. Studies show that avoiding consumption of animal meat and dairy altogether reduces your impact on the planet greater than if you switch to electric cars. One report states that swapping your meat patty to even just one vegan burger a week for a whole year equals “taking 12 million cars off the road.” Transportation changes only reduce greenhouse gas emissions, but switching to a vegan lifestyle reduces air, water, and land pollution.

You may not think your individual impact is much, but if the majority of people withdraw their support from animal products, this will decrease the demand for industrial livestock farms.

Con: …but raise some of their own

Of course, if you’ve decided to give up meat, the next logical step is to switch to meat substitutes. After all, if your patty is made from vegan products instead of beef, you still get a tasty burger and a free pass on all the bad stuff mentioned earlier, right?

That’s not necessarily the case. Meat substitutes are highly-processed foods, and the processing operations actually consume the same amount of energy as they do when producing a meat patty or a pork chop of the same caloric value. Sure, factories that produce meat substitutes may not create the same amount of carbon dioxide emissions as industrial livestock farms do. But they raise some environmental issues of their own.

Soybean products, for example, use hexane, a cheap chemical solvent extracted from gasoline. Whole soybeans are submerged in hexane to separate the oil from the beans before processing. The use of hexane releases air pollutants. Hexane emissions are most dangerous to anyone who inhales them, but especially for those working directly with the substance. Inhalation of hexane causes short-term nervous system effects like dizziness, nausea, and changes in a person’s level of consciousness. Chronic exposure can lead to long-term destructive effects on the brain.

Meat substitutes are cunningly formulated to be as close to animal meat as possible in protein content and taste, while leaving out the unhealthy stuff like cholesterol and saturated fat. Vegan meats also contain fibre which is not present in animal meats.

This formulation means that meat substitutes pose less of a risk for cardiovascular diseases. A study compared the effect of eating tofu as a meat substitute versus eating animal meat. Total cholesterol and triglyceride levels were lower in the respondents who consumed tofu than in those who ate meat. Consuming less dietary cholesterol and saturated fats led to a decrease in the oxidation of low-density lipoproteins (also known as “bad” cholesterol), and thus reduced risk for coronary artery disease.

Although they are healthier for you in many ways than animal meats, vegan meats are still processed foods. They contain additives and preservatives to improve flavour and lengthen shelf life. Among these, salt is easily a staple preservative.

The problem is that too much salt – regardless of whether they’re from animal or vegan meat sources – is bad for you. The recommended daily allowance of sodium is 2,300 mg per day. A veggie patty contains approximately 500 mg of salt; veggie sausages clock in at 600 mg of salt per link. This implies that a single meat substitute food item already takes up a huge chunk of your recommended daily allowance of sodium per day.

That’s not yet counting sodium intake from other food items in your meal – condiments that typically go with meat like tomato sauce, mustard, or pickles, are high in sodium too. You could very well use up all of your recommended daily allowance of sodium in one meal.

Too much sodium in the blood leads to hypertension. Sodium makes the body retain too much water in the blood, increasing the pressure inside your blood vessels. Later on, chronically high sodium levels places stress on the kidneys as they try to filter out the sodium from the blood.

Further, unless they are fortified, meat substitutes may lack necessary minerals like vitamin B12, zinc, and iron that are present in animal meats.

Pro: Meat substitutes are less likely to have contaminants

Animal meats are susceptible to contaminants such as E. coli, which can cause nausea and vomiting, and diarrhea. The dehydration can be life-threatening. E. coli can be most often found in cows, as well as chickens, pigs, and sheep. The bacteria resides in animal intestines, and can be transferred to the meat when it comes into contact with the infected intestines during slaughter.

The risk for E. coli is worse with ground beef rather than intact cuts, because the bacteria can be spread throughout the meat during grinding. Technically, E. coli bacteria die when the meat is cooked very well, but not everyone likes their steaks and burgers well-done!

Meanwhile, as meat substitutes are not made from animals, they carry less risk of containing E. coli and other bacteria that grow in real meat.

Con: Meat substitutes may have something else entirely

Meat substitutes are supposed to be better and safer for you, but consumers must do their due vigilance too. A food analytics company called Clear Labs tested over 250 meat and meat substitute burger patty samples. The meat substitute burgers yielded “nearly twice” as many issues as real meat patties. Among these were one case of rat DNA present in a vegan burger, a black bean burger where no black beans were present, and beef present in presumably vegetarian burgers.

Granted, the Food and Drug Association itself doesn’t object to the presence of rat DNA in food items; again, what’s more important is that the burger is cooked thoroughly. Pathogens in food die when heated to at least 73.8 degrees Celsius, so although rat DNA might be present, it’s cooked rat DNA. Still, it does nothing for your peace of mind to be eating anything other than the healthy vegan meat you were promised.

In the end, your best bet for a healthy, meat-free diet is still stocking up on whole foods. Fresh fruits and vegetables like beans and legumes, nuts, and whole grains will provide you with protein and other essential nutrients. And you won’t have to worry about hexane emissions, rat DNA, or preservatives sending your sodium levels sky-high too.