Is Cheese as Addictive as Drugs? Casein point! 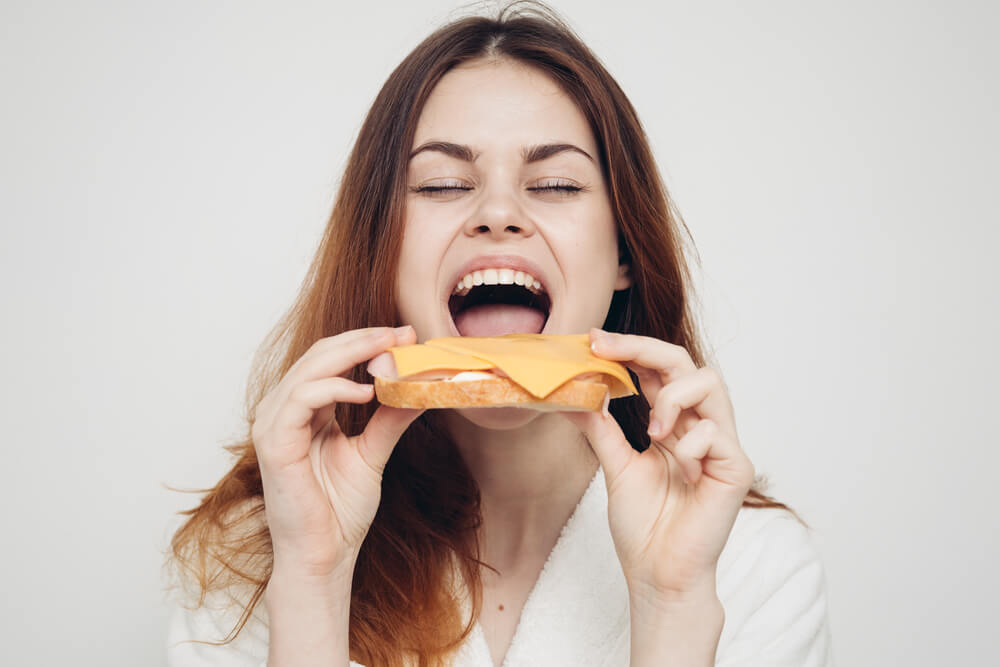 The dairy industry worldwide is finding new ways to incorporate cheese everywhere – from stuffed crust pizzas to four-cheese burgers and more. And true to form, we consumers just keep coming back for the next zany cheese creation! In Australia, 33% of milk produced in the country is used to create cheese, and Australia has exported 167,000 tonnes of cheese in the previous year alone.

You might assume that it’s just because cheese really is that good, but studies show that there’s more to it than that – that our bodies are wired to crave cheese to the point of addiction! Let’s examine that claim, and take a closer look at what exactly is so addictive about cheese.

The chief ingredient in cheese is milk. 38% of milk is made of protein, which is solidified and formed into cheese. The remaining 62% is water, which is drained away. Of the milk proteins, 80% is a protein called casein, and 20% is whey.

Cheese is made by adding bacteria or a substance from the stomach of cows called rennet to milk. This makes milk curdle and solidify. The curd is then salted, flavoured, and aged for a short period to turn it into cheese.

Casein is one of the two major proteins found in the milk of all mammals. As one of the basic components of ordinary cheese, it’s responsible for the smooth but stretchy and meltable quality of cheese.

Casein is also the culprit charged with dairy sensitivity (this is not the same as lactose intolerance, where the body lacks the enzyme necessary to digest a sugar in milk called lactase). The protein makeup of casein means it is not easily broken down by the body, and the stress digesting casein puts on the body may bring on bouts of bloating, flatulence, and constipation or diarrhea.

Casein is harder to break down because during digestion, the amino acids that make up casein break up into short chains about five to seven amino acids long. This is in comparison to most proteins, which break apart into individual amino acids when digested. These short amino acid chains are called casomorphins.

Casomorphins (casein-derived morphine-like compounds) attach to the brain receptors used by opioids like morphine and heroin. Casomorphins from all milk-based products trigger a pleasure response in the brain that the body learns to crave. However, cheese in particular is more addictive than other dairy products. It takes ten pounds of milk to make only one pound of cheese, as the process involves removing water and leaving behind extremely high concentrations of whey and casein.

Casomorphins bind to the opiate receptors and release a pleasure hormone called dopamine. That rush of feel-good hormones is what keeps you coming back for cheese and other milk products.

This drug-like effect is an important survival mechanism among mammals – humans, cows, goats and others alike – to ensure that offspring continue to nurse from their mother. When the baby drinks its mother’s milk, casomorphins bind to opiate receptors and release dopamine. This has a pleasurable and calming effect on the baby, and is responsible for the content expression on nursing babies’ faces, and the fact that they’re likely to nod off to sleep post-feeding! More importantly, it ensures that the baby keeps coming back for more milk, strengthening its chances for survival.

As for adults, we’re no longer dependent on our mother’s milk for survival. But if the milk habit has persisted, our body continues to crave that dopamine rush from cheese and other dairy products. While not as strong or destructive as an addiction to opioids, cheese still produces cravings. Even the most committed of vegans report giving up cheese is harder than giving up bacon!

Aside from milk proteins, cheese also contains salt and fat. Hankering after salt and fat is another result of evolution. Salted and fatty food wasn’t as accessible in prehistoric times as it is in the preservative and artificial flavouring-laden foods of today. But these were still essential parts of the diet, so the body evolved to recognise salt and fat in foods where they were found and to leap at those foods when they were available.

Fast forward to today, salty and fatty foods aren’t rare anymore, but we still have the mechanism that signals our body to eat more of them when they’re available. And as salt and fat are available everywhere from fried food, canned goods, instant meals, snacks, and yes, cheese, it’s easy to develop an addiction to those foods as well.

Now that we’ve established that cheese is addictive, you might be asking, what’s so bad about it anyway? As mentioned, the difficulty of digesting casein stresses out the digestive system. Aside from that, making cheese a habit means you’re regularly consuming high amounts of fat and salt. This elevates your risk for cardiovascular diseases like hypertension and coronary artery disorder. Having too much sodium in the diet also puts strain on your kidneys.

Of course, it isn’t fair to say cheese is absolutely bad for you and you should never, ever eat cheese again! Cheese is still a source of calcium and protein as well as vitamins A, B2, B12, phosphorus, and zinc. The key to enjoying cheese relies on moderation. Eating the occasional cheese sandwich or a slice of four-cheese pizza won’t do any lasting harm, but spraying string cheese straight into your mouth every day like a junkie on heroin? That’s definitely an addiction better kicked – as cheesy as it sounds.