Health effects of alcohol—how bad is it really? 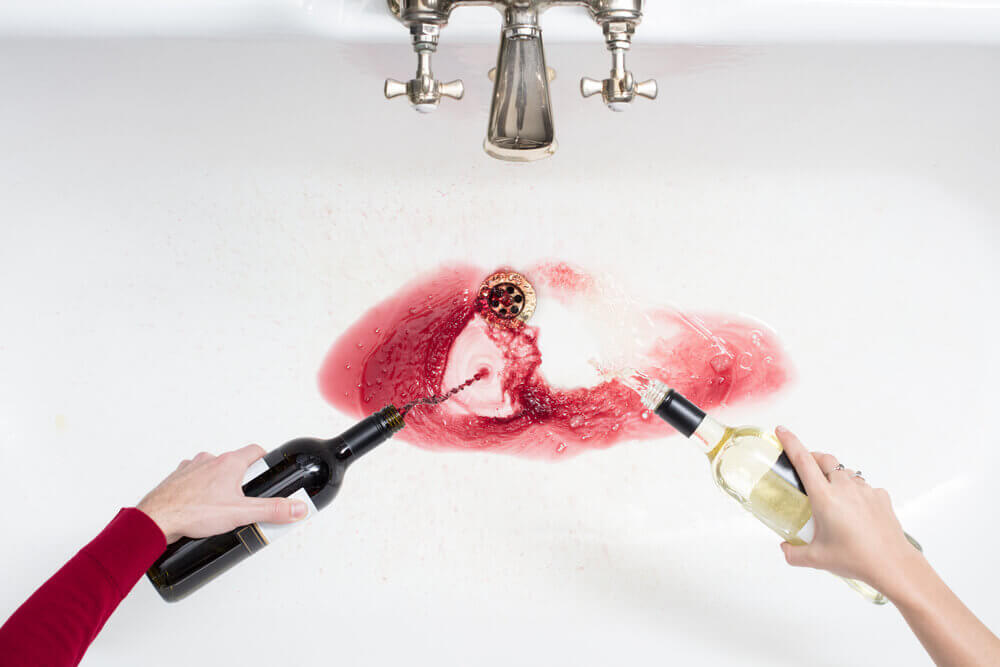 How bad is alcohol, really? We could say, it depends on who’s drinking it. No two people react to alcohol exactly the same way: the effects are governed by variables like body weight, body fat percentage (partially related to gender), tolerance to alcohol, the kind of alcohol consumed, and compounding factors like reactions to medication or other substances consumed alongside alcohol. One drink could just be pre-game for one person, while it could knock another out for the rest of the night.

To be precise, “one drink” is recognised as  ½ ounce of pure ethyl alcohol. But there are so many varieties of alcohol available, and they’re not made equal: one drink could mean 10 -12 oz. of beer (approximately 5% alcohol),  4-5 oz. of wine (approximately 12% alcohol), or 1-1.5 oz of hard liquor (approximately 40% alcohol). As such, counting the number of drinks consumed mightn’t be the most reliable measure of intoxication and alcohol’s effects.

A better way to appreciate the effects of alcohol is by measuring a person’s blood alcohol concentration (BAC). BAC measures how many grams of ethanol (the compound we commonly call alcohol) is present in 100 millilitres of blood – regardless of how many or what type of drinks it took you to reach it. The higher the concentration, the more profound the effects of alcohol on the body – for better and for worse.

Let’s walk through the health effects of alcohol in ascending levels of blood alcohol concentration.

It’s easy to justify drinking while it’s “fun”.  In small amounts, alcohol has a number of desirable effects. You may feel looser and more relaxed. You gain that Dutch courage to do and say things you would have been too inhibited to do while sober.

Perhaps the worst of it is you get a little warm and tingly, and your face and neck become flushed as blood vessels relax and dilate. But you haven’t lost your motor coordination, your judgement and powers of reasoning are still intact, and your conscious, rational self is still mostly in control.

A feeling of euphoria takes over you – and it’s this lingering sense of a good time that people want to replicate with each glass.

Here’s when things start to get a little tricky.

At this level, you experience impaired fine motor coordination, balance, and reaction times. You’re clumsy and uncoordinated: knocking over things, bumping into furniture, unable to walk in a straight line. Your judgement and reasoning are no longer sound, and you might not remember any of it tomorrow because your memory is starting to go, too.

A BAC of 0.08% is considered legally intoxicated, and for good cause. Poor judgement, impaired motor function, and delayed reaction times are all very solid reasons why you shouldn’t drive while drunk – you’re a danger to yourself and other motorists on the road.

This is where the effects of alcohol hit the fan.

Everything from speech, vision, and hearing becomes impaired. You’ve got poor gross motor movements, your balance is majorly shot, and you have little physical voluntary control. You’re not just unable to walk a straight line – you’re stumbling around like a zombie.

This is the part of the evening where you stop feeling euphoric, and just feel so terrible you want to heave up everything you’ve consumed – and you probably do. How much you’ll remember in the morning is questionable.

Here’s the point where “when” turns into “if”.

Alcohol’s depressant effects on your brain and muscles are in full force. You fade in and out of consciousness, or black out entirely. You have poor smooth muscle control, so your sphincters relax and you could soil yourself and wake up in a pool of your own urine; or you could regurgitate your stomach contents and choke on your own vomit if it goes down your trachea.

More pressingly, your heart rate drops below normal, and your breathing is impaired. How bad is alcohol, really? At this point, it’s bad.

You body is comatose. We can pull out all the stops and nothing can stimulate you back to consciousness. The leading cause of coma is intoxication – up to 40% of cases result from substance poisoning, including alcohol.

Your reflexes are no longer functional, and your pupils don’t respond to light. Your heart and respiratory rate decrease to life-threatening levels – your heart is too weak to pump blood around your body and your brain will have gone too long without enough oxygen. At this point, it’s a race against time, but it will take too long for your body to purge out the overwhelming amounts of alcohol to return to normal.

The likely worst-case scenario is death.

If someone around you is picking up one too many bottles and you’re concerned that a good time is turning into alcohol abuse, seek medical help as soon as possible. The physical and psychological effects of alcohol withdrawal can be just as dangerous as alcohol poisoning.

Sure, the effects of alcohol are mitigated when it’s consumed in moderation and only up to safe amounts. But if we’re talking binge drinking – or the ingestion of copious amounts of alcohol in a short period of time, getting to 0.08% BAC or above in under two hours? There are too many detrimental systemic effects for it to be considered safe.

The most urgent consequence of binge drinking is arrhythmia of the heart, which could cause blood clots to form and travel to the brain, leading to stroke and sudden death. Even moderate drinking stretched out over a long period of time has consequences, most notably liver cirrhosis and liver cancer.

So how bad is alcohol, really? After that rundown, it seems no matter who you ask, it’s mostly still pretty bad.