8 Reasons Turmeric is Great For You 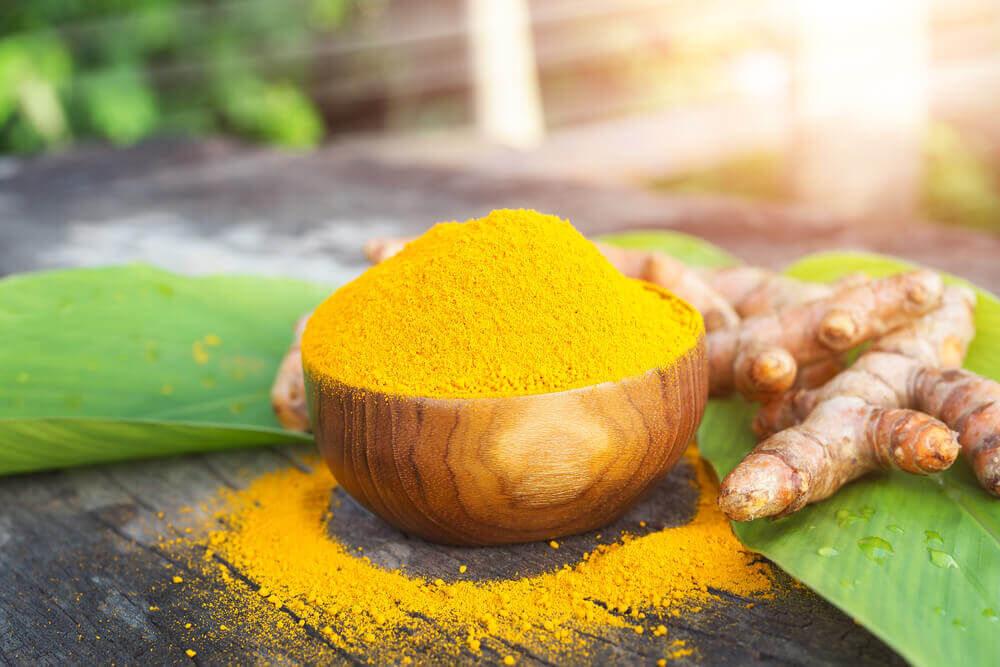 The health benefits of turmeric have been widely studied, though it’s still not a spice that many Australians use regularly. Turmeric comes from the ground root of the turmeric plant, which grows in parts of Asia. Fortunately, it’s readily available at the spice rack of your local supermarket, and after reading this you might want to add it to your shopping list.

Turmeric is part of the ginger family, has a distinct yellow colour, and can taste bitter on its own (but glorious when paired with the right ingredients). It’s commonly found in Indian curries, though it is also used to make medicine. What’s more? Turmeric is even used to add a golden hue to cosmetics or simply to brighten up a dish.

Turmeric’s magic ingredient is the compound curcumin, which gives the spice its yellow colour and healthy properties. Curcumin is an antioxidant that also acts as an anti-inflammatory solution. Turmeric contains approximately 3% curcumin by weight, but it packs a powerful health punch.

If you’re looking for more reasons to add turmeric to your curry, latte, or smoothie, we’ve got you covered. Here are 8 reasons turmeric is great for your health.

Many of today’s common diseases can be traced back to inflammation. Studies show that inflammation plays a role in arthritis, asthma, heart disease, and Crohn’s disease among others. While acute inflammation is the body’s way of healing itself, chronic inflammation may indicate that there is a problem. Turmeric helps to control inflammation in the body. One study even found that it is more effective than aspirin and ibuprofen, two common anti-inflammatory drugs.

Cholesterol isn’t necessarily a bad thing, but when it builds up in your arteries, it can block the flow of blood and lead to serious issues. High cholesterol contributes to heart disease and affects roughly one-third of Australian adults. Studies suggest that curcumin may be effective in reducing LDL cholesterol naturally. Just by adding turmeric to your diet, you could be aiding your body in improving its cholesterol count.

Turmeric can help reduce the irritation associated with an itchy insect bite or eczema. This relates to its anti-inflammatory properties, and helps it to soothe the itch. Mix two tablespoons of turmeric powder with one teaspoon of milk and one teaspoon of lemon juice. Stir it to form a paste, then spread the paste directly onto the itchy area. Leave for up to ten minutes, then rinse it off. Science also indicates that turmeric may help relieve itching as a symptom of kidney disease.

Want healthy, glowing skin? Try turmeric. Curcumin has the power to decrease UV damage and reduce skin redness and acne. Research shows that it may even be able to fight collagen breakdown. Turmeric is found in many topical beauty products, but you can also create a face mask using turmeric, honey, and apple cider vinegar. Some dermatologists recommend oral turmeric supplements as well.

Turmeric has been used to manage diabetes in Chinese and Ayurvedic medicine for thousands of years. Recently, scientists have been researching its ability to treat the complications of diabetes. Animal studies have shown that it can reduce some symptoms of liver disorders associated with diabetes. Research indicates that curcumin may play a role in preventing and treating diabetes.

Turmeric can help provide relief from pain caused by chronic conditions like arthritis. The curcumin works like an opioid to inhibit pain, but without the addictive properties of an opioid. It also works with receptors in the body to relieve pain you are already feeling. What’s more, taking turmeric while you are on an opioid painkiller could reduce dependence on opioids.

Antioxidants are compounds that protect our cells, slowing or stopping cell damage entirely. They are usually found in our food and are released into the bloodstream during digestion. Essentially, antioxidants help fight the aging process. Turmeric’s antioxidant properties help keep our cells safe and prompt the body’s natural antioxidant enzymes to kick in.

A recent study found that people who took curcumin twice a day showed a 28% improvement in memory tests. This result is especially impressive when compared to the placebo group, who showed no notable memory improvements. This has monumental implications for Alzheimer’s and other diseases that affect cognitive function. The study also discovered that the curcumin group showed mood improvements. Not only could turmeric improve your memory, it could also put you in a better mood!

Turmeric can be taken topically as a paste, orally as an ingredient to a meal, or in supplement form. When taking a supplement, consult with your doctor for dosage advice. Turmeric has a unique, versatile flavour that makes it easy to incorporate into your meals or snacks. Start adding it to your curries, soups and smoothies to see the benefits for yourself.