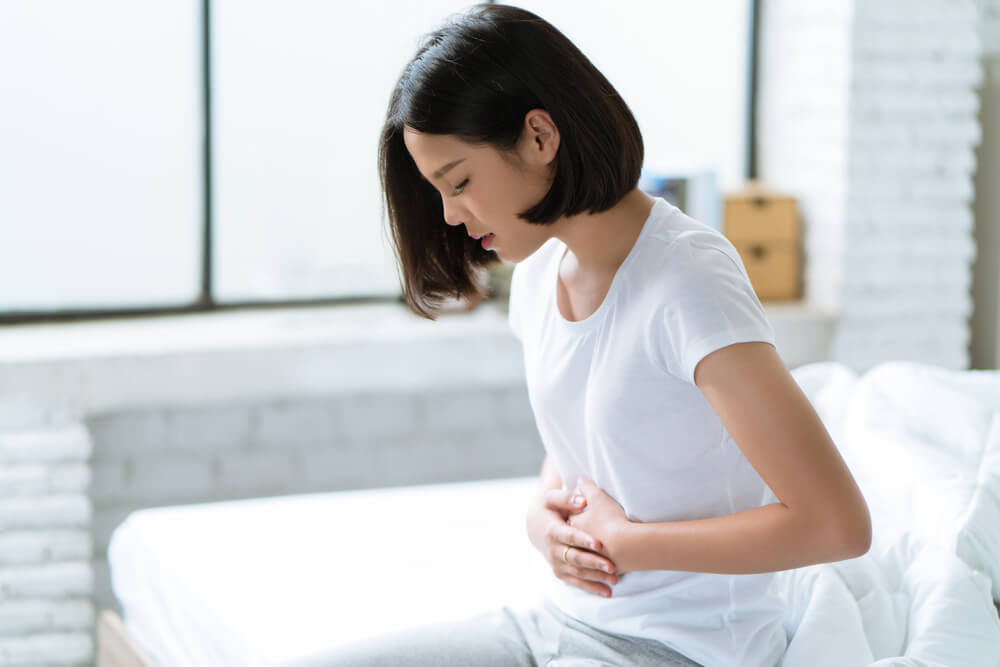 Your gut is a marvelous micro ecosystem of millions and millions of bacteria. It’s normal to have both good and bad bacteria in your gut – and for as long as they remain at a balanced ratio, regular digestion is possible and all is well. However, if this ratio is shifted to favour one side or the other, it disturbs the balance in your gut’s ecosystem. This can lead to some unpleasant symptoms that affect your entire body. Here are seven signs of bad gut health to watch out for!

1. You have elimination problems

An imbalance of good and bad bacteria in your gut is called dysbiosis. Dysbiosis is the root of many gut health problems.

For instance, having too few bad bacteria in your gut will cause constipation. Bacteria retains water, so when you pass them out in your stool, they contribute to keeping your stools moist and soft. Without bad bacteria to add water to your stools, they become compact and dry, and you’ll have a hell of a time passing them out. Meanwhile, having too much bad bacteria breaking down your food willy-nilly overtakes your digestive processes, causing diarrhea.

Make it right: Stop killing your intestinal flora! Refrain from immediately jumping to taking antibiotics when you’re sick, as they kill all the bacteria, good AND bad.

Passing gas is a normal occurrence – one that happens noiselessly and free from odour 15-20 times a day. However, if you pass gas more than is normal, and it’s accompanied by feeling bloated with a terrible odour, it may be a sign of gut health problems. Flatulence means food isn’t being completely digested in your gut and is fermenting there – possibly a sign of inadequate production of digestive acids. Not to mention, if your frequent passages of gas smell, it’s a likely sign of an increase in bad bacteria in your gut that produce a sulfur by-product called hydrogen sulfide. Both are symptoms of dysbiosis.

Make it right: To avoid making matters worse, reduce your intake of gassy foods. Common culprits are beans, cabbage, and cauliflower. While greens and legumes are generally good for you, you may want to hold off on these foods for a little while until you’ve sorted out what’s really causing your flatulence.

3. Your breath is not pleasant

Certain types of harmful microbiota such as H. pylori (the microorganism responsible for causing ulcers in your stomach and small intestine, as well as GERD) break down sulfur compounds in food. Gastrointestinal disorders related to malabsorption of food, like celiac disease and Crohn’s disease, leave behind more fuel for sulfur-reducing bacteria to break down as well.

The end product of this process is hydrogen sulfide, which releases an odour akin to rotten eggs…or worse. This rotten egg odour travels back up your esophagus and out of your mouth, resulting in bad, bad breath!

Make it right: While the most important thing to do is to treat the root cause, it can’t hurt to help the process along with tea. A study showed that bacteria associated with bad breath were weak against polyphenols found in tea. Low concentrations of tea polyphenols inhibited the enzyme that was necessary in the formation of hydrogen sulfide, while higher concentrations inhibited the growth of the bacteria altogether. For best results, stick to unsweetened green or black tea.

4. You struggle with your weight

On top of that, your gut bacteria, firmicutes included, secrete proteins similar to the hormones that regulate hunger and food cravings. The catch there is that the bad bacteria secrete proteins that make you crave fatty and sweet food more, because that’s what they need to survive. This means chronically consuming a fatty diet not only puts you at risk for obesity, but it literally changes the composition of your gut bacteria to favour obesity

Make it right: Cut down on fatty foods in your diet to discourage the growth of firmicutes and other gut bacteria that put you at risk for obesity. Pro-tip: swap out fatty products like milk and ice cream for gut-friendly yogurt, specifically the kind that contains lactobacillus and bifidobacterium.

5. Your immune system is down

Increased intestinal permeability or “leaky gut” allows undigested food particles and bacterial endotoxins named lipopolysaccharides to permeate into the bloodstream, leading to an inflammatory response throughout the whole body.

This state of constant heightened stress within the body weakens its defenses and makes you more susceptible to infection from microorganisms outside the body. Further, research is also looking at this chain of events as one of the triggers for autoimmune diseases.

Make it right: To prevent leaky gut, shift to a diet that promotes probiotic bacteria. Pile on the complex carbohydrates and fibre that probiotic bacteria thrive on: whole wheat, legumes, fruits and vegetables. Avoid red meat and fat – harmful bacteria love these foods and will thrive on them.

6. Your mental health is affected

As previously stated, microbes inhabiting your gut can influence behaviour, sometimes in bigger ways than just craving for a midnight snack. To regulate these microbes, your brain and gut are connected by 500 million neurons supported by neurotransmitters and hormones, called the brain-gut axis. This potent connection explains why, for example, a sudden onset of stress triggers a stomachache or an urge to vomit.

More significantly, serotonin, a hormone that regulates mood, is produced in the gut. However, an imbalance of gut microbes might hamper the production of serotonin (most likely due to microbes consuming tryptophan, an amino acid precursor to serotonin). Without enough serotonin, mood drops. This can contribute to the development of mental illnesses like depression.

Make it right: Tip the scales in favour of serotonin production by eating food rich in tryptophan like soybeans, seeds and nuts. Increasing tryptophan will help increase levels of available serotonin.

7. Your skin breaks out a lot

A wealth of studies published by the Journal of Dermatology have shown a relation between gut symptoms like the ones mentioned here and dermatological issues like acne. Acne itself isn’t necessarily caused by gut bacteria imbalances, but acne inflammation is.

Acne inflammation is caused by an immune system response. Now, as a product of gut bacteria imbalances, your intestinal lining becomes more permeable. This allows lipopolysaccharide endotoxins secreted by your gut bacteria to leak into the bloodstream, activating an inflammatory response and causing your acne to flare up. If you’ve tried all you can think of to get rid of your acne to no avail, consider checking on your gut health to see if that’s the root of the problem.

Make it right: Amend your diet to include protein-rich broth that contains collagen to nourish both your gut and skin. Stock up as well on fermented foods that contain probiotics, such as kimchi, sauerkraut, kefir, or fermented cod-liver oil.