Why my dad paid for pregnancy cover at 70 years old 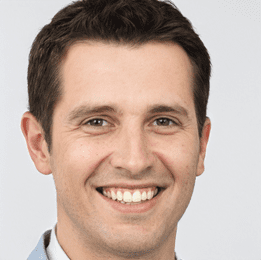 This story is about wasted money, potentially pregnant men and a confusing private health insurance system.

While it isn’t unheard of for a 70 year-old to have a baby, the overwhelming majority aren’t likely to need IVF or birth cover… and my father especially so.

Getting my dad to review his cover was going to be harder than I thought. He has been a loyal customer of the same health fund since the 90s and believes he is on the best plan out there. He also thought that of our energy plan, until I told him how much he was estimated to save each month.

So, it came as a bit of a shock to me when I found out my dad is paying for pregnancy cover at 70 years old.

What was his reaction?

“Just because I had the snip immediately after you were born, doesn’t mean I can’t be the first 70 year old man to become pregnant”.

Not only did he insinuate I was an accident, but he also has been paying for cover he wouldn’t ever use for more than 30 years.

My dad having the top level of cover could be seen as excessive, however when digging a little deeper, he is covered for cataracts, which he has needed to have taken care of.

Here’s How You Do It:

Me and my partner

So what did I recommend my dad to do, considering he wanted to keep cover for any future cataracts. We compared policies online and found a number of Silver Plus covers that were relevant for him. This meant no coverage for pregnancy but he would still be covered for Cataracts. We recommend using the specialists at Health Insurance Comparison to help narrow down policies and ended up with a policy that covered cataracts.

He saved over $250 on his new couples policy, moving from his Gold cover to Silver Plus, at the same Australian Government Rebate and same Hospital Excess^. Imagine how much he would have saved if he switched cover 30 years ago when he started paying for cover he wasn’t going to use?

He saved big and you can too.

^From Medibank Gold Complete couples cover with a 33.413% Australian Government Rebate and 500 excess to ahm deluxe silver plus with the same rebate and excess. Accurate as of 2nd January 2021.